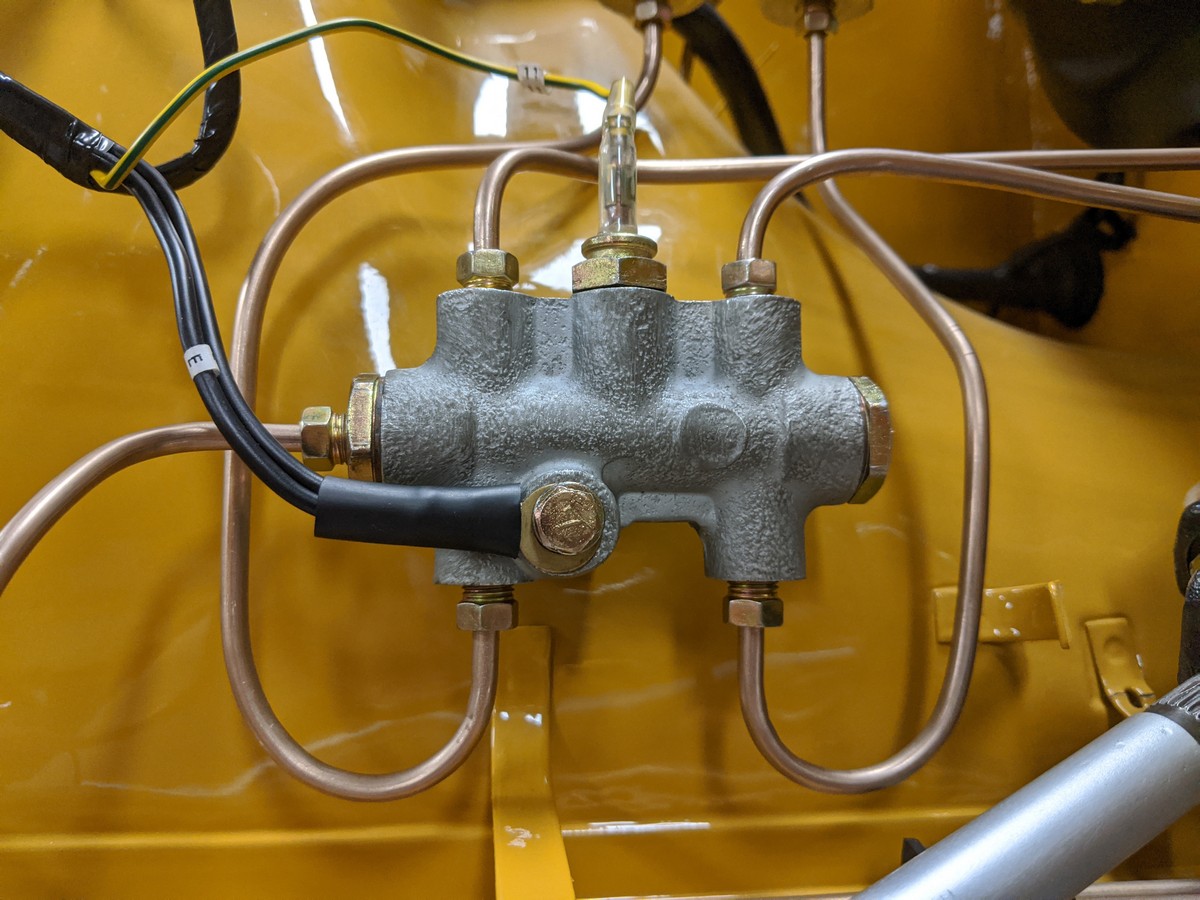 The brake warning switch from the Datsun 240Z is a simple design. It detects a difference in hydraulic pressure between the front and rear brake system and alerts the driver via a warning light on the speedometer gauge.

When a loss of hydraulic pressure is detected at any point beyond the unit’s exit ports of around 13 to 17 kg/cm2, the valve that runs horizontally in the middle is pushed towards the side with the low pressure and contact is made with the switch terminal. This grounds the circuit for the warning light on your speedometer.

I’m not sure how reliable an untouched 50 year old unit would function. Chances are it could be seized so an inspection is a good idea. It’s easy to test for continuity but you will need to remove the brake lines from the left and right of the unit so it’s best done when you need to bleed your system. I took a short video showing how to test it.

I found mine to be serviceable so I had it blasted and sleeved along with plating the hardware. The sleeving was more expensive than a normal brake cylinder job because of its small diameter. Worth doing in my opinion as it will detect a leak.

I found a cut out photo which I thought was useful in understanding the unit. I can’t recall where I found it so I can not give credit. The other photo is from the repair manual and suggests not repairing the unit – for any reason! Well, NLA (no longer available) is a good enough reason to repair it.

A final note on orientation. The Nabco branding faces the body on RHD cars and the engine on LHD cars. If you wanted to display the branding on a RHD car, it is possible to turn it around as the unit is symetrical aside from the mounting hole. You will just need to swap around the side ports as the rear one is plugged up while the front is an exit for the front brakes. Unfortunatelty, since the mounting hole is not centered, you will find your hardlines will not line up properly and will need some persuasion.