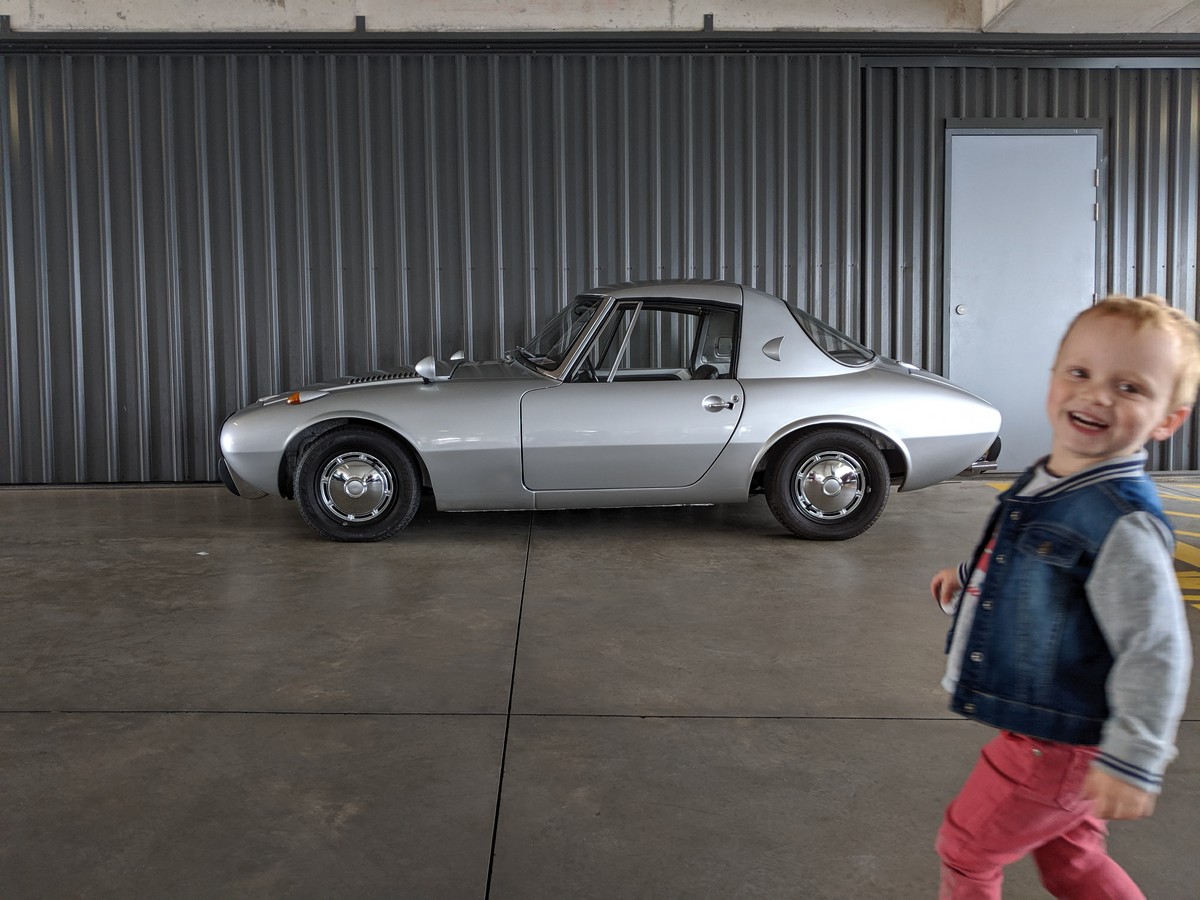 Delving into a variety of systems designed in the 1960’s gives you an appreciation for the elegance of engineering and its restorability. Where on modern cars components are designed to essentially be replaced as a unit, almost everything I’ve come across on the Datsun is rebuildable and you get the feeling that it’ll last another 50 years thereafter.

This spring I continued underneath the car with the half shafts and prop shaft. Simple elegant engineering built to last. I can’t stress how satisfying it is to take something full of decades-old grease and rust, clean it, strip it, and rebuild it back to near new condition. It never gets old… pardon the pun.

The fuel tank also got some attention. Since it hangs below the beaver panel I wanted to fix some fairly visible dents. I used a metal filler and gave it a coat of KBS paint which should hold its own against stone chips.

The biggest job this quarter though was completing the dash. This included cleaning the gauges and ducting, and laying out the wiring harness. I was rather pleased with how it all turned out. Next quarter should see the dash installed.

In other news, my kids developed a taste for pretending to sleep in public places – and one of them for wearing random objects as hats…

Someone did me a favour by writing off my car for me – yay new car time! And I had some creme caramel after an operation – not related to the car accident but a troublesome gallbladder.

To round out the quarter, a friend of mine printed and framed a rather nice photo of my MX-5 in its natural habitat.