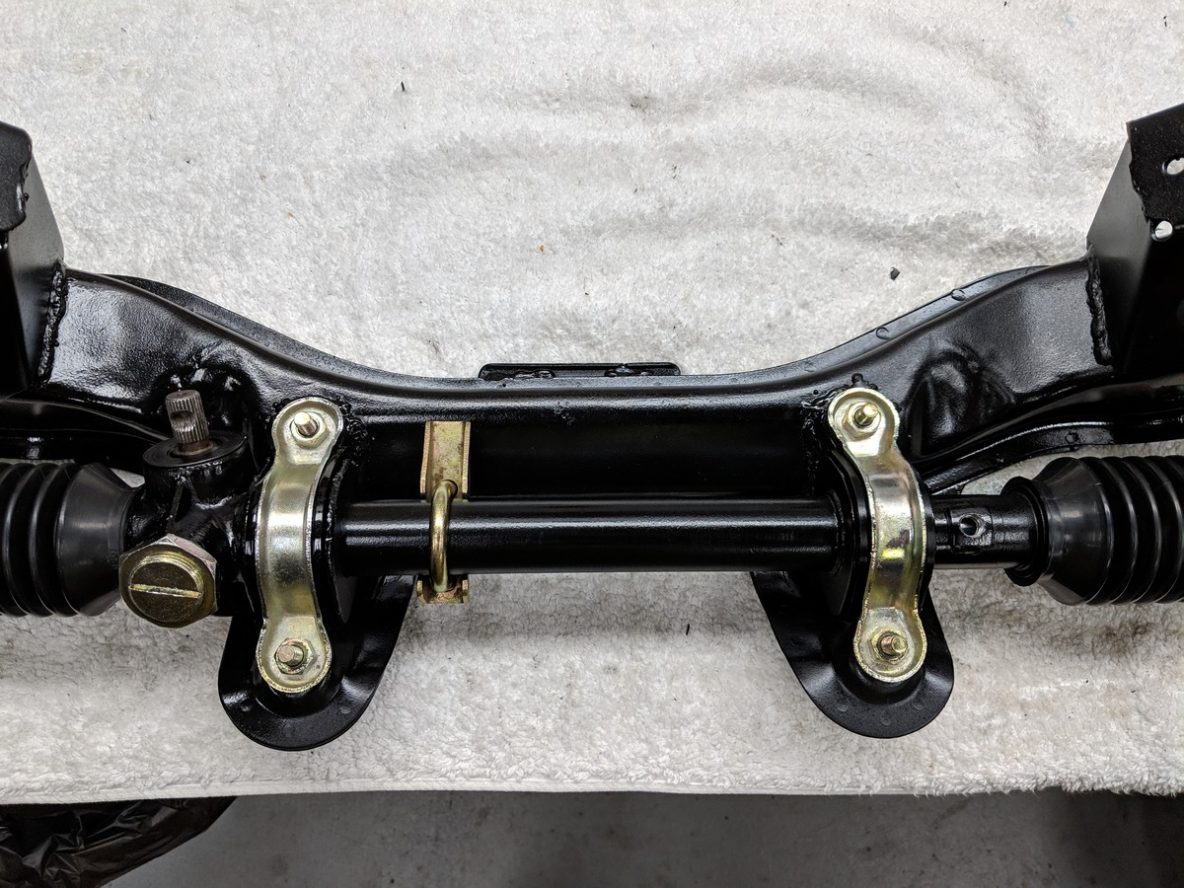 Like a lot of things with this build, it takes me a long time to complete components but in the end I’m happy with the results and I feel it’s heading in the right direction.

I first picked up the steering rack in July 2018. It has sat in one corner or another since early 2014.

Months later it started to resemble a steering rack. I had a small issue with the pinion bushing which frustrated me to no end but all things considered it assembled well and operates very smoothly.

The OEM rubber bushings for these racks are NLA so I ordered some from my local which ended up being the purple Super Pro ones. My pedantic perfectionist side took over and returned them. I ordered a black Nolathane set which didn’t quite fit on the drivers side as the aluminium bracket casting is rough and rounded. Nothing a utility knife couldn’t fix! The bushing still doesn’t wrap all the way around but it does its intended job.