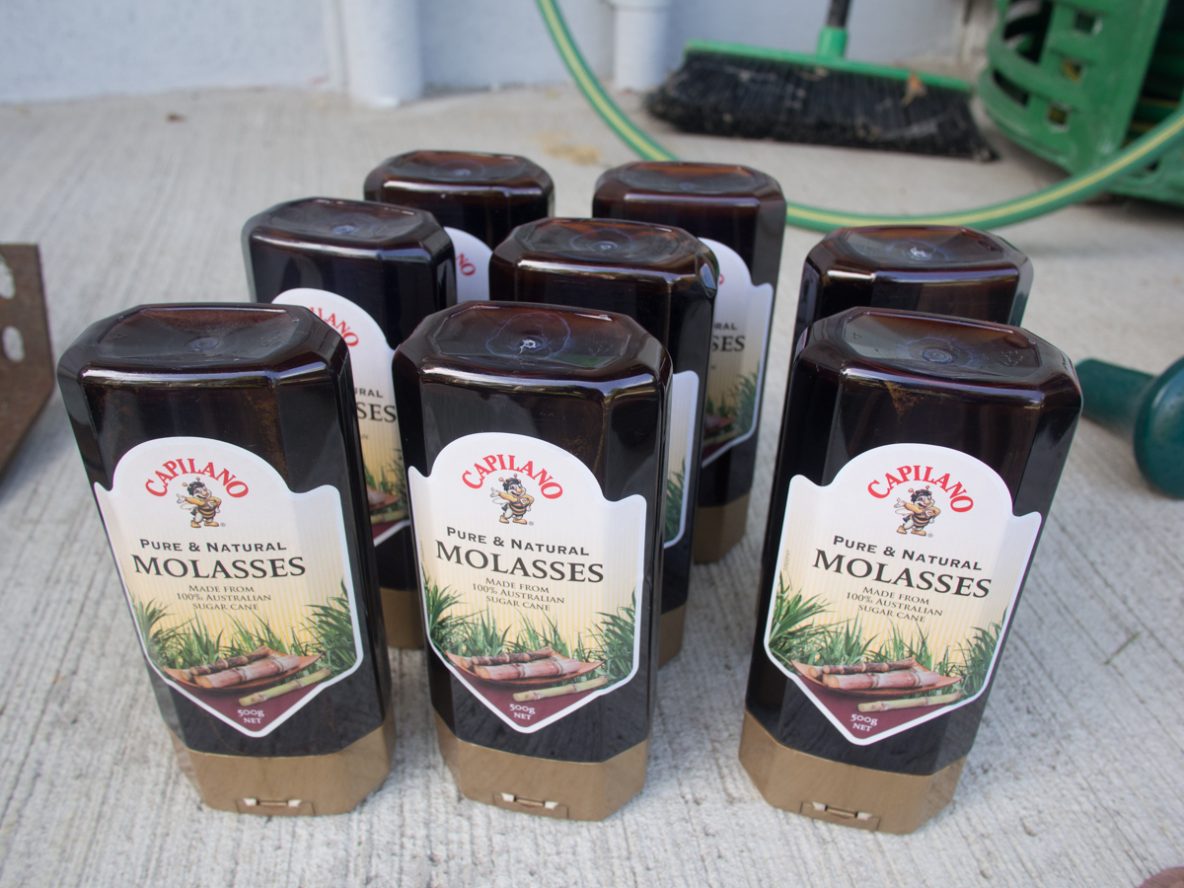 Autumn has been a period of procrastination, contemplation and frustration punctuated by clarity.

With any large project your best intentions often get trampled by procrastination. Lazy evenings spent on the couch melt into each other. Almost every opportunity to breath some rust dust in the garage is met by an excuse and of course, each excuse is justified and valid enough to avoid the guilt of procrastination.

Excuses. They come so easy, rolling off the tongue naturally, comfortable and safe in thought. Easy. My favourite has been my first-born, Benjamin. I don’t want to miss a moment of these precious early days. I get so little time with him as it is, it just seems wrong to leave him for the garage for even just one night. If we’re being honest though, he goes to sleep at 7:30 each night and there are 3 hours between then and my bedtime.

I’ve been contemplating my excuses as the cold of winter approaches. Will the cold be another excuse I can add to my arsenal? You see, I’ve come to realise at the root of all my procrastination lies one excuse that I’ve been afraid to face. Fear.

In my garage sits a bare shell. It is perfect. Smooth as silk. An irresistible bust. Slender with a curvy rear. Shinier than 1970. How do I do it justice? How can I even think of bolting on a part that hasn’t been stripped, cleaned, zinc plated, restored, painted, shiny… worthy.

Strangely, but not surprisingly, it’s not just my expectations I have to meet. It’s hard to admit it but I feel the pressure of the community watching over me. They’re looking over my shoulder and just like someone standing over you when you type, the pressure of thoose eyes opens teh door to misakes.

With that in mind, it’s easy to just do nothing and delay the difficult task of meeting high expectations. Towards the end of autumn though, my procrastination manifested itself in to angry frustration. Man up and have a go, pull your socks up I told myself. It’s one bolt at a time but the spanner doesn’t turn itself.

Surely I’ll hit rough patches – those curve balls and such – but here we are then, post procrastination, trying to turn bolts one at a time until they’re all tight.

My first task after receiving the shell – post staring at it – was to make some templates for the firewall insulation. With the help of a very clever gentleman who supplied templates I managed to get them spot on. 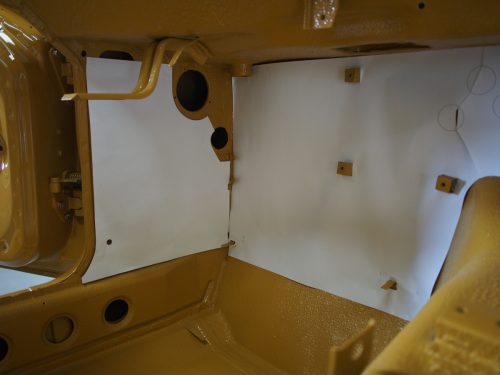 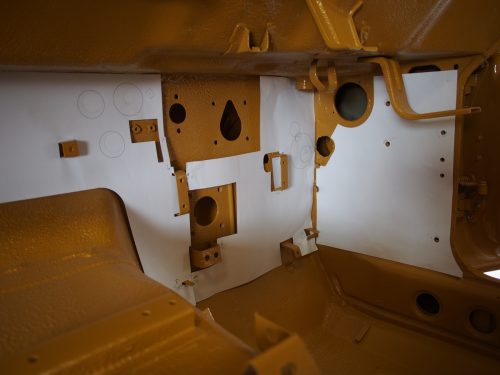 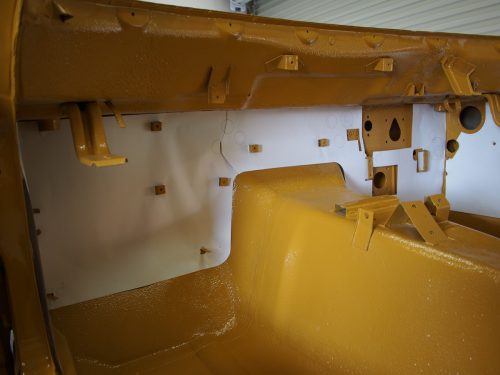 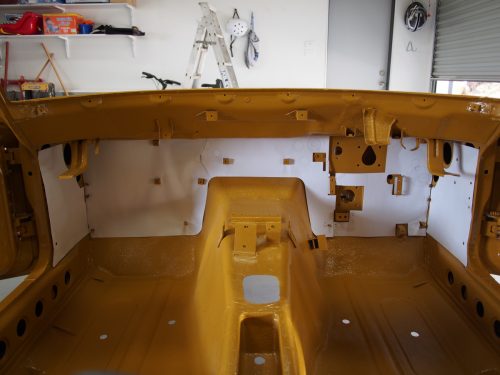 The original firewall insulation is made up of 3 panels and each panel is made of a jute material with a semi-rigid plastic/rubber/vinyl black face. I spent far too many hours looking for a suitable face substitute and came up empty. As luck would have it, a fellow Z enthusiast gave me his insulation as he had no need for it.

His insulation is in great condition although the jute is dark and feeling a bit sorry for itself. Seeing as I need jute replaced elsewhere in the interior, I decided to replace the firewall sections as well. Again, after spending many hours looking for a local supplier, I came up empty. I had found a few suppliers in the UK so after a couple of emails one of them put me on to a local supplier! My excitement was short lived though as the local supplier didn’t have it in stock but said more was on its way via the slow boat… Should be due in time for my winter update! 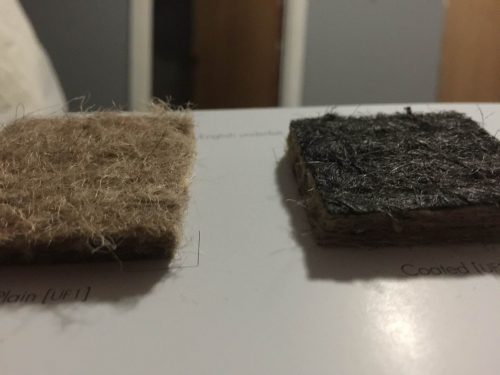 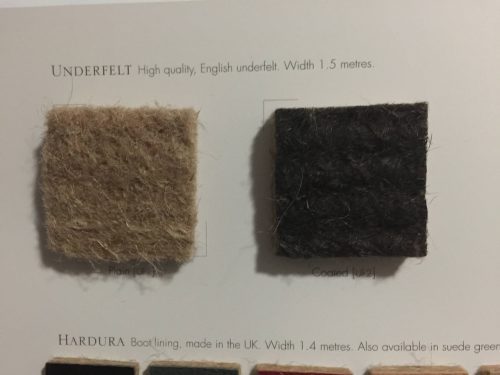 The only components rust had overlooked were made of plastic and fabric and even then, it sure tried. It comes as no surprise then that even the heater box, which is hidden in the bowels of the interior, had fallen victim to the insatiable rust. 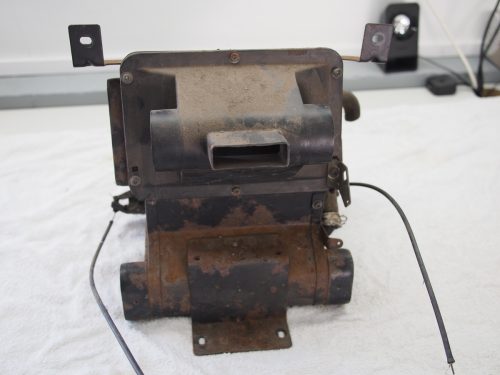 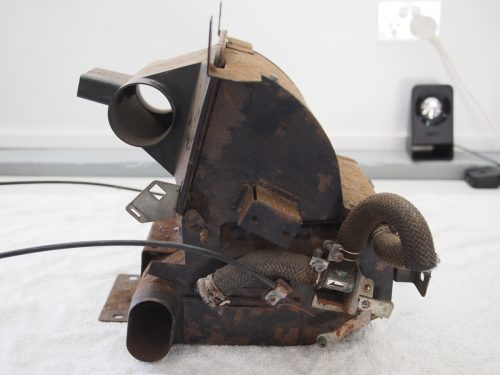 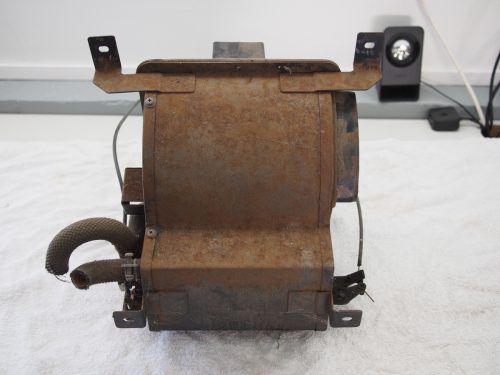 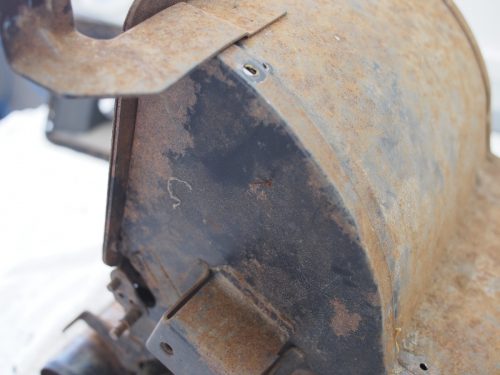 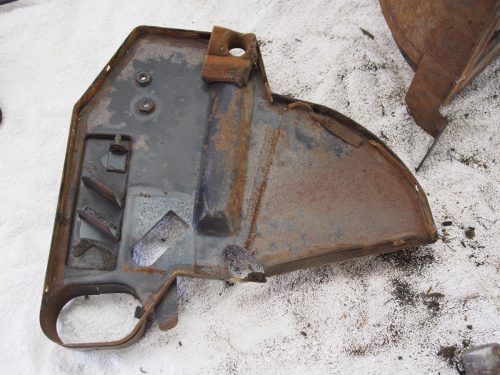 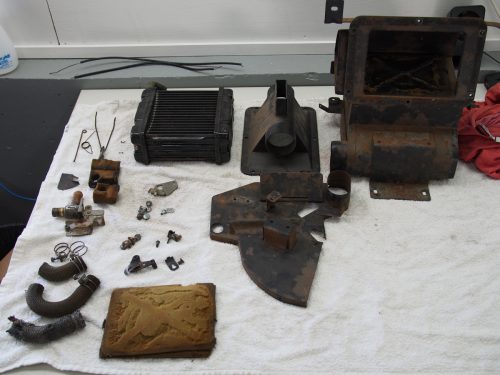 I was told by an older gentleman about a DIY rust removal trick using molasses. Simply mix the molasses in a large container 1:10 with water and let the parts sit completely immersed for a week. The rust is eaten away and paint just washes off. Very easy and non destructive. Surface rust attacks the metal almost immediately but it’s nothing in comparison to the aged rust it removes. 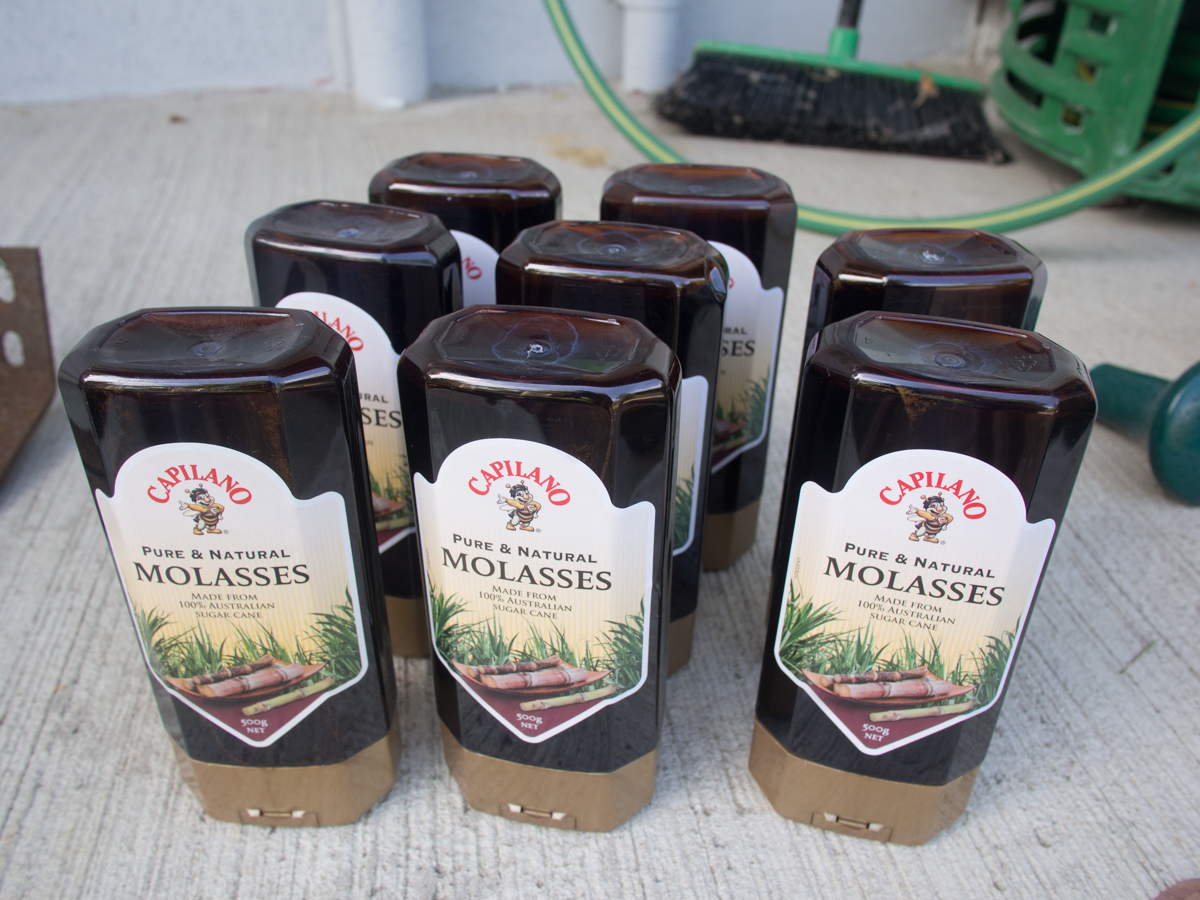 It did the trick but it sure stunk up the place! I used the same batch twice and noticed large white caterpillar looking insects growing by the end. 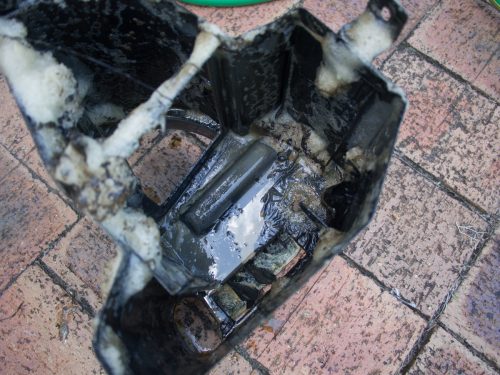 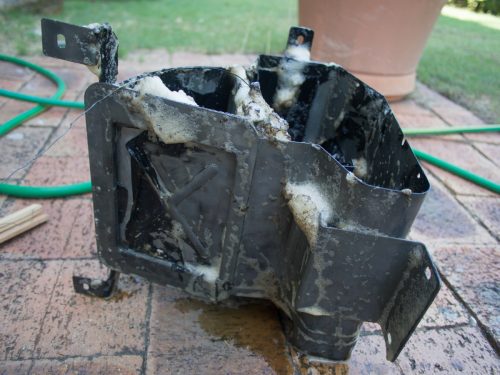 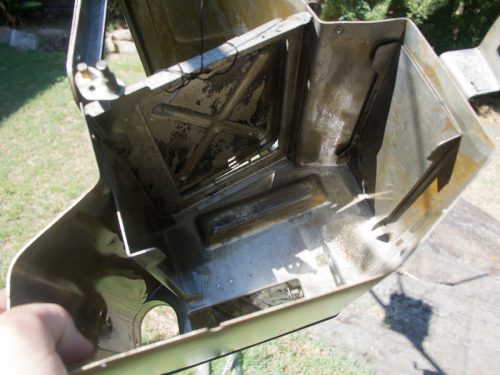 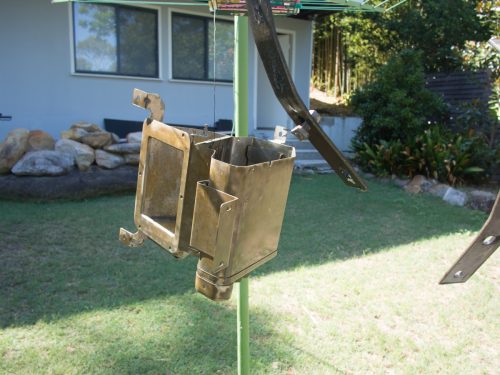 Painting the heater box was an experience I’d rather forget. Very difficult to get good coverage inside a box with surfaces that are hard to reach. I have since painted it black and will post an update once it is all assembled. 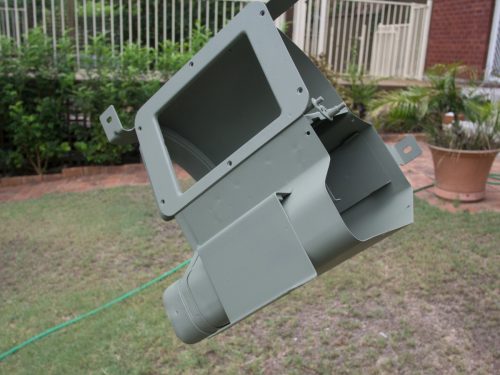 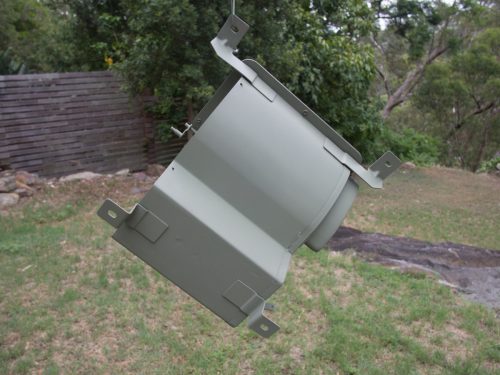 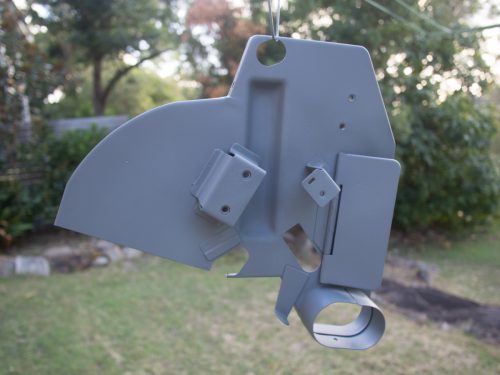 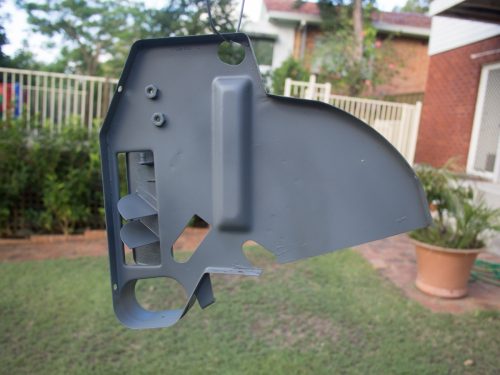 The last thing I worked on in autumn was the pedal box. It received the same molasses treatment and I had the same issues with painting. Despite some of the surfaces being even harder to reach, the little practice I had with the heater meant it was an easier task. 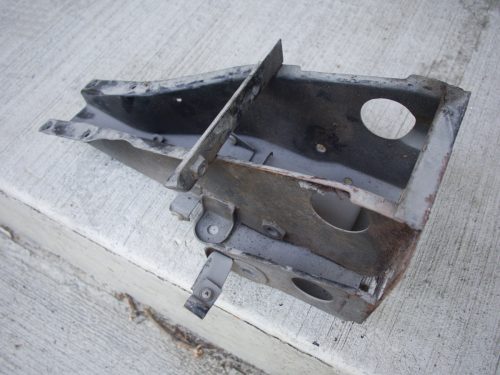 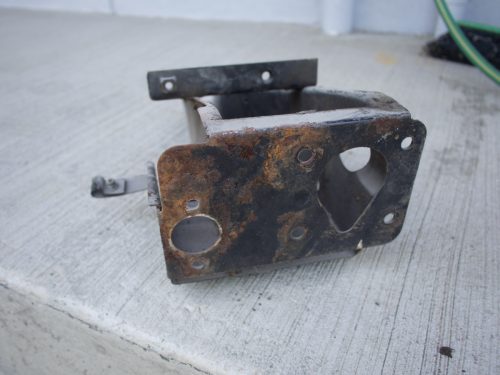 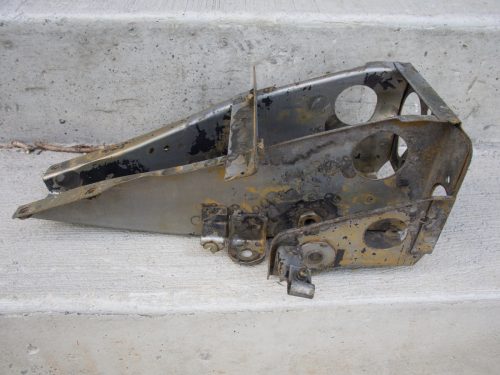 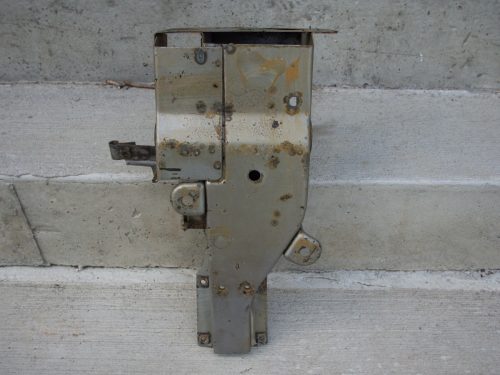 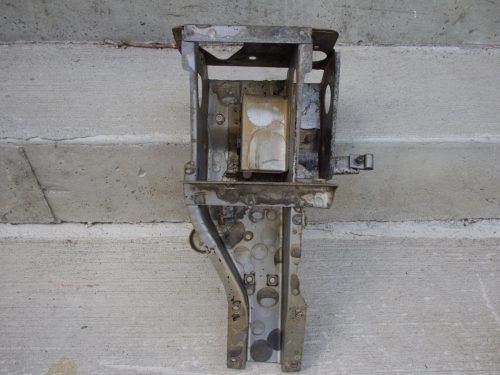 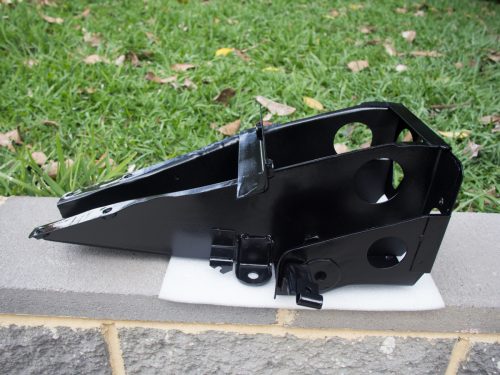 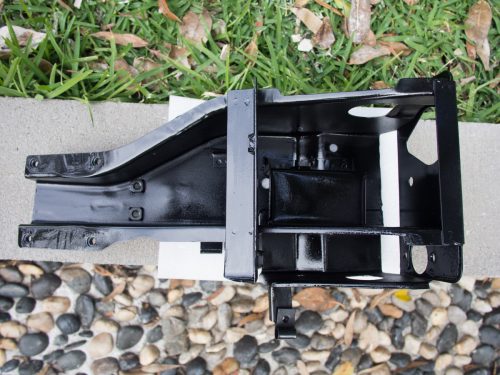 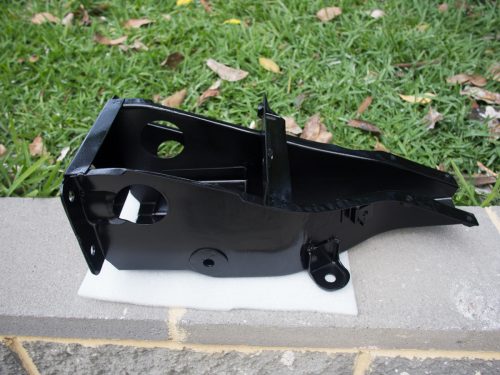 Bring on winter, the season of my favourite food, chestnuts. 😀