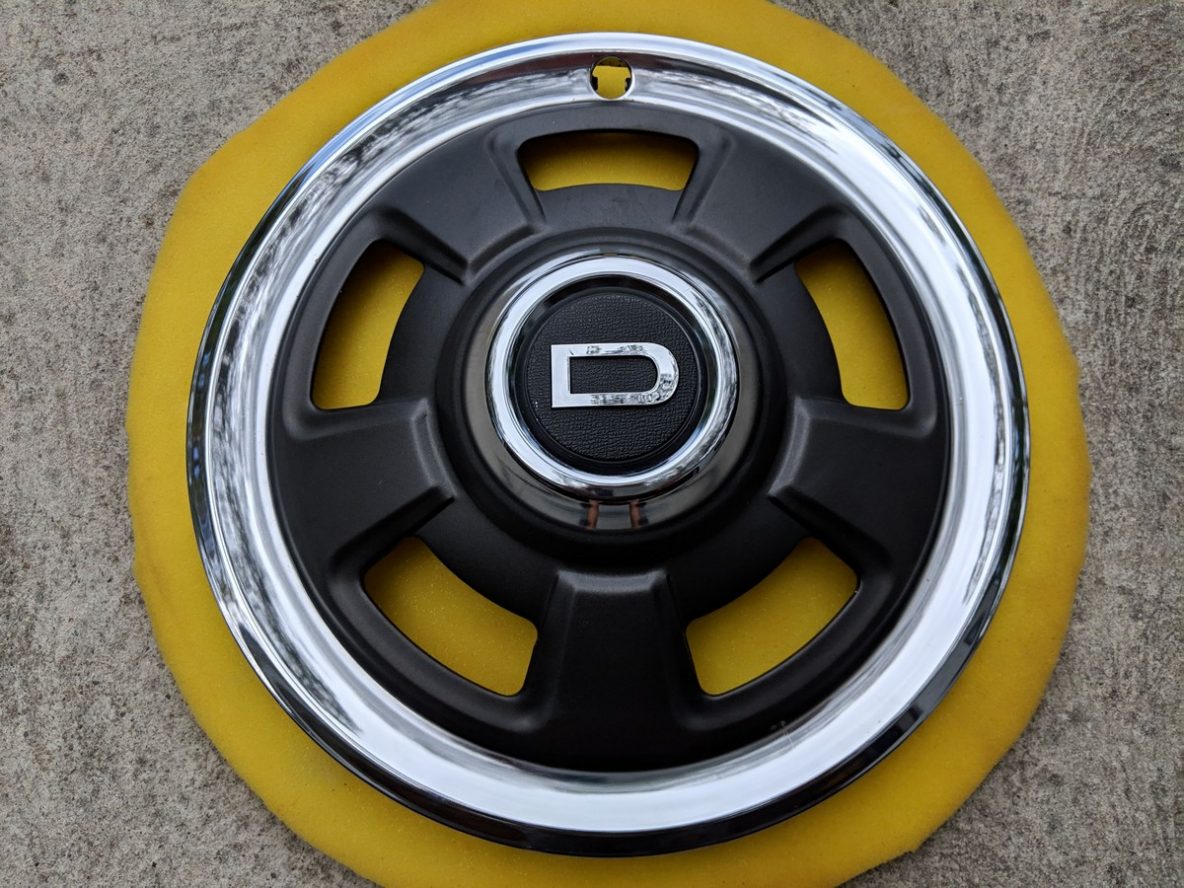 I first contacted the owner in Dec 2016 and over 2 years later I have collected these wheels and hubcaps.

The hubcaps have never been fitted but unfortunately some moisture got to them and they have surface rust. It’s mostly on the inside but the important thing is all four are straight. They’re not the early type but I’m happy to use them until I can find a correct set. As part of the deal there were seven hubcaps with three heavily rusted and only good as wall decorations.

The Topy steelies are all in good condition and will scrub up nicely. Three are 70’s and one is a Jan ’71. I also got two 5J’s. While scuffed up here and there, they do look like they’ve been lightly used with superficial damage.

The tyres are the biggest surprise. Dunlop Aquajets made in New Zealand as fitted to the local early cars. They’re in unused condition with no cracking and still have their nibs (vent spews). Hopefully they won’t develop cracks when I pump them up. Of course, they will be for show only as trusting your life to 50 year old rubber is a questionable decision…